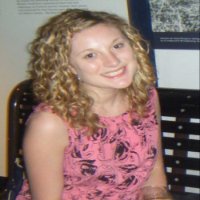 Zia Bales is Acquisitions Manager EMEA for the Kids’ Channels at Turner Broadcasting, working across Cartoon Network, Boing, Boomerang and Cartoonito. In this role, Zia oversees all elements of multi territory acquisitions and on an ad hoc basis, territory specific local deals.

Zia has been at Turner since December 2013, she comes to this role following a 4 year stint in another Acquisitions role at Disney. Zia has a background in Television Production having held various positions in Production Management.