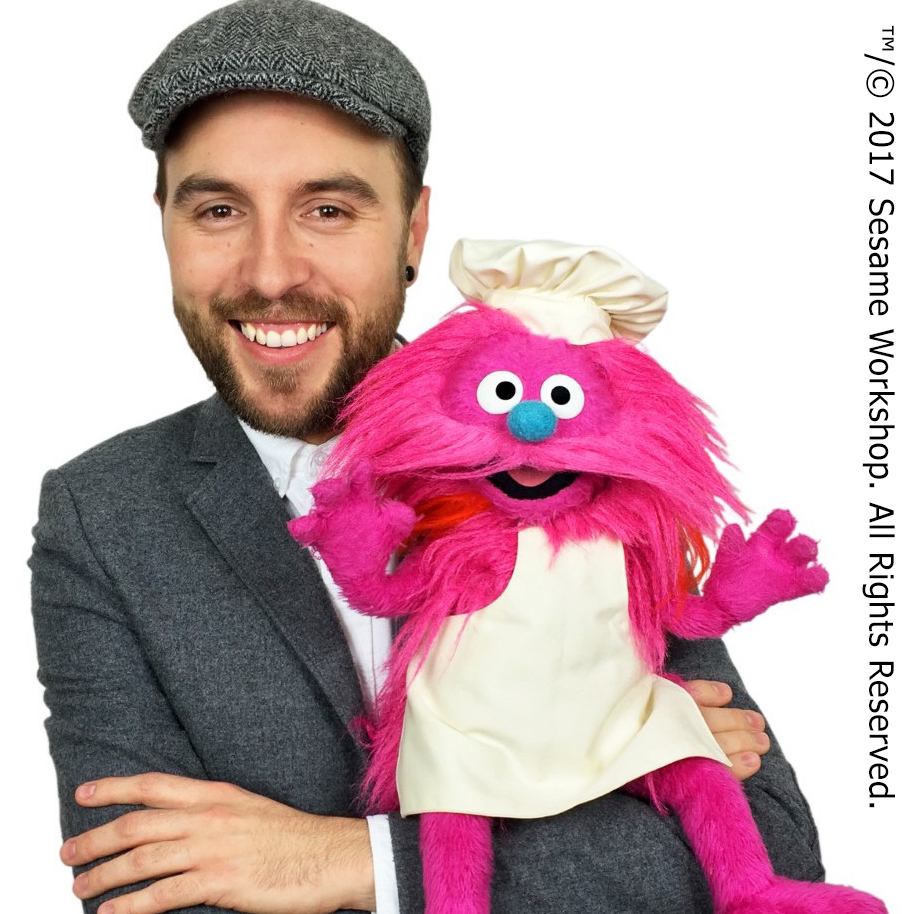 Warrick’s passion for performing began when he was two, whilst watching Jim Henson’s Muppets. His credits including ‘Ed and Oucho’, ‘Hacker Time’, ‘Get Well Soon’, BBC Three’s ‘Mongrels’ and Henson’s ‘That Puppet Game Show’. He’s a lead performer on the ‘The Furchester Hotel’, and was a core UK Muppet performer for the movie ‘Muppets Most Wanted’. Currently, he is Dodge the Dog in the CBeebies House and just returned from working on ‘Sesame Street’ in New York. Warrick is also an accomplished illustrator and puppet designer and is constantly developing new ideas for his production company Planet Pumpkin.