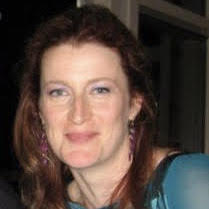 Vanessa Frances-Georgianna is a grown up specialist factual producer who decided to focus exclusively on children’s content a year ago, because she found it a lot more fun to work on! She has series produced for CBBC and Discovery and originated new content in house for Zodiak Kids Studios, CBBC, Kindle Entertainment, Discovery Kids and Dot to Dot Productions.

She is passionate about quality children’s programming. As an ex pat child growing up in Riyadh, Saudi Arabia, and later as an ex pat parent viewing pre school children’s programmes in East Africa, she is acutely aware of just how many bridges can be built with powerful storytelling, and how critical recognisable network brand values are.

She now lives in Muswell Hill, North London, surrounded by creative, noisy children and several forged masterpieces from her days as an arts producer.