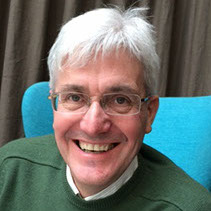 Tony Humphreys has worked in television and media constantly since the 1980s. He was the Director of Humphrey Barclay Productions (‘Desmond’s’, C4), Hightimes Productions (‘Me and My Girl’, ITV), MD of Talent Group (Talent TV – ‘Test the Nation, BBC One,  Talent Kids – ‘Best of Friend’, CBBC, ‘My Phone Genie, CITV/ZDF). He has also been a Consultant/Executive Producer in Japan, USA and recently for Hunan TV, China. He has produced three films since 2010 including ‘Outside Bet’ (Bob Hoskins, Universal UK). He currently has a number of scripted television projects in development and is Screen Specialist for Department of International Trade.

Leveraging the Markets for Commercial and Creative Purposes

This panel will consider how to leverage the markets to ensure your project is successful and made with minimum complexity and maximum benefit to the producer. The panellists will address where the opportunities are for the UK children’s creative industries, in particular animation. How to use the markets to best effect…