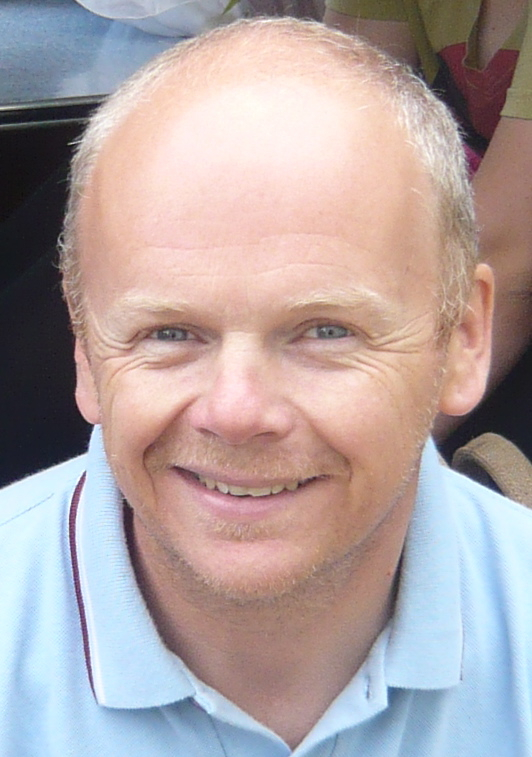 Tim has been working in animation for over 20 years. He set up Triffic Films straight after leaving college, producing animation for dozens of hit shows including ‘Have I Got News For You’, ‘The Catherine Tate Show’, and ‘Ideal’ ‘Two Fat Ladies’ and MANY others.

In 2001 he helped create 2DTV with producer Giles Pilbrow & writer Georgia Pritchett. Together they made five series of the award winning topical sketch show ‘2DTV’ for ITV1, and the controversial music promo for George Michael’s ‘Shoot the Dog’.

In the same year he formed Baby Cow Animation with Steve Coogan & Henry Normal, producing ‘I Am Not An Animal’, a surreal award-winning animated comedy drama series for BBC2.

Tim is a board member of ‘Animation UK’, the group who successfully lobbied  government for a UK Tax break. (Recently nominated for ‘Trade Body of the Year’, which is funny as they’re not actually a trade body!) Tim is also a member of the Skillset Animation group.

Tim produced TWO highly acclaimed half hour shows which premiered this Christmas: Uncle Wormsley’s Christmas for SKY Atlantic and The Cow that Almost Missed Christmas for CBeebies and has just started The World of Warren 6 x 30’s for ITV.

For more information on Tim and Baby Cow Animation: www.babycow.tv