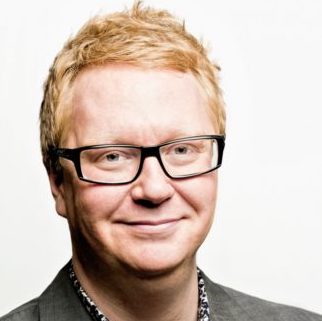 Steve Wynne is an award-winning producer with over 20 years of experience in content and television for broadcasters and networks across the globe.

He was a producer of ITV’s phenomenally successful RTS and BAFTA-award winning series ‘SMTV:Live’ and ‘CD:UK’. This was mainly down to the fact that Steve was the voice of Chums. Leaving Wonkey Donkey behind, Steve was appointed Executive Producer at Disney Channel where he produced the BAFTA-award winning Disney Channel Kids Awards and BAFTA-nominated series ‘Madabout’. He was named a Broadcast Hot Shot and he had his photo taken, and everything.

In 2005, Steve joined Warner Brothers International Television as Director of Production.
He was responsible for the development and production of all WB television formats created outside the US – from sitcoms to reality. In 2007, Steve set up Rival Media – producing primetime series for UK and US networks. Experts in international formats, their hit shows included ‘Rooftop Rainforest’ (Sky 1), ‘Don’t Tell The Bride’ (Discovery), ‘The Shrinks’ (RTE) and ‘Mission Beach’ (BBC2).

Steve launched Pretzel TV in 2014 which was BAFTA nominated for Independent Production Company of the Year in 2015 for shows including ‘The CBBC Official Chart Show’ (CBBC) and ‘Animals Like Us’ (Cartoon Network). Now CEO of Strawberry Blond TV, Steve and his team produce telly like ‘The Playlist’ (CBBC) and digital content for YouTube stars like Caspar Lee. Steve is Dad to three monkeys, likes to write letters of complaint and collects radio jingles.

Making creative industry tax reliefs work for your project. Experts discuss a whole host of projects and how the tax relief can help get your project off the ground.