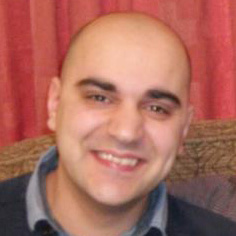 Steve Henderson is the co director of Manchester Animation Festival which has its inaugural event at HOME on the 17, 18 19 November 2015, animation researcher with the Animation Academy at Loughborough University where he is currently studying children’s animation production. He is also the editor and co owner of Skwigly Online Animation Magazine, the UKs largest animation magazine and online animation community where he spends his time writing, interviewing, podcasting, filming and generally obsessing his way around the world of animation.

Join the teams from the new Manchester Animation Festival and CMC’s own Manimation to hear about plans to hold both events this November at Manchester's international centre for contemporary visual art, theatre and film, HOME.