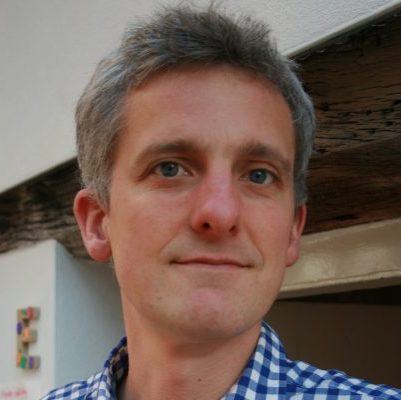 Simon Nicholson has written for film, theatre and television and has worked extensively in children’s TV. He is head writer of ‘PJ Masks’ for Entertainment One / Disney. He was part of the core writing team on ‘Bob The Builder’ for many years and was Lead-Writer/Script Editor for the BBC landmark show ‘Waybuloo’ (BAFTA nomination 2011). He has two original ideas under option with UK production companies and has recently written on new shows for Spinmaster, Kindle Entertainment, Funnyflux and Darrall Macqueen. He has an original preschool idea in active development with eOne, and he has been commissioned to write a bible and two scripts.

His credits range from pre-school to older age range comedy drama such as the BBC’s hit series ‘Tracy Beaker’. Recently, he has worked widely for US broadcasters, on shows including ‘Zack and Quack’ (for which he wrote the first episode), ‘Tickety Toc’, and ‘Paw Patrol’. He has worked as a story editor and development consultant for many companies, including Zodiak Media, Sunwoo Entertainment, Red Kite Entertainment and Absolutely Cuckoo.

Other recent shows include ‘Mike The Knight’, ‘Timmy Time’ and ‘Fireman Sam’. Simon has dual UK-Canadian citizenship and is a member of the CAVCO scheme. Simon also writes children’s fiction and his ‘Young Houdini’ series is published by OUP in the UK and by Sourcebooks in the US. His first novel for children, ‘The Oldmoor Orphans’, was published by Tick Tock in 2010.