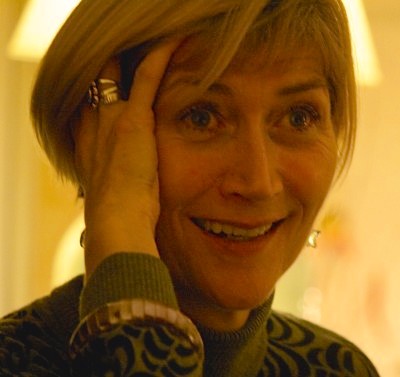 Starting in the theatre, I moved to Children’s TV as a director and then on to Adult Drama.  Directing both in the UK and US on major productions, I returned to the UK and started writing for Children’s TV, as Head Writer on ‘Thomas and Friends’ for six series. Currently, writing on ‘Driftwood Bay’, ‘Wissper’ and co creator and showrunner on a new animated series for China.   Voice directing both for UK and International television.

If you're new to the CMC don't miss the First Timer's Reception! It's a chance to pick up tips, put key CMC faces to names and to meet each other - so that you have a network in place from the get-go! There’s a drink on hand and you’ll find out…

We are inviting all first timers to your very own drinks reception from 5pm just before the Opening Keynote at The Crucible theatre. To find your conference buddies and be introduced to our advisory committee members, sign up to the First Timers reception when you register.