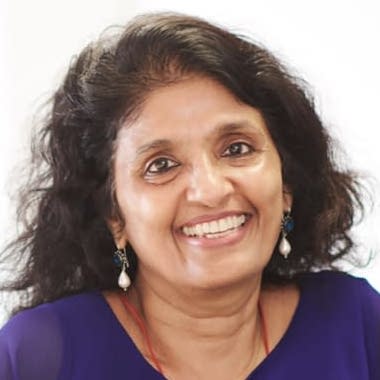 Seetha has led ScreenSkills since 2015, deepening engagement and increasing involvement with industry, building financial resilience and ensuring a responsive and  effective strategy for identifying and meeting the current and future skills needs of UK screen – offering vital practical support to a fast-changing sector in a globally competitive market.

Alongside her role as ScreenSkills’ CEO, Seetha is a member of the Creative Diversity Network board, the Creative Industries Advisory Group chaired by Sir Peter Bazalgette and the Royal Television Society Education Committee and was formerly on the Mayor of London’s Skills for Londoners Taskforce. In 2019, she became the first woman of colour to be awarded an RTS fellowship.