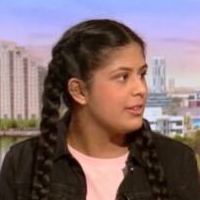 Scarlett Westbrook is currently the youngest person in the world to have an A level in Government and Politics, which she attained at age 13. As part of this qualification, she specialised in environment and education policy which formed a good base for the work she does today as a member of the U.K. Student Climate Network (UKSCN), and as a climate activist. At UKSCN, Scarlett mainly focuses on policy, outreach and the Green New Deal, though she engages in a wide variety of things. She is also an opinion writer, with words in the Independent, Huffington Post, Gal-dem magazine amongst others. In addition to this, Scarlett is the Coordinator of Political Engagement at the ‘Teach the Future’ campaign.

Is education failing to equip young people for the massive disruption they perceive as their future and how can the media help?