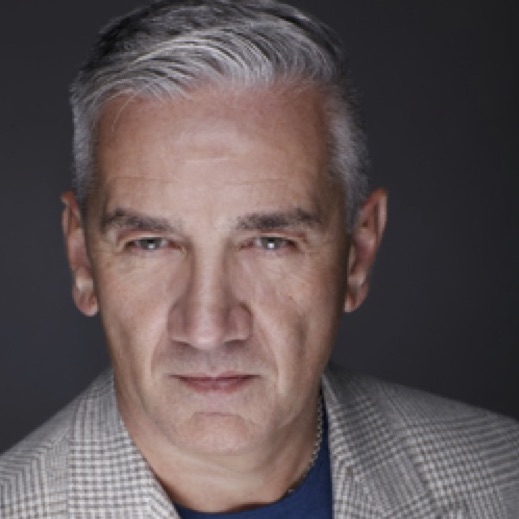 Russell is Managing Director of the boutique licensing agency Those Licensing People, which is also home to KidsCast – the Children’s SVOD platform. A family orientated business established in 2013 which he runs with his daughter Leah and a small team of highly talented individuals. The company is based in the Arts Quarter of Leeds a city soon to be the HQ of Channel 4 and a recognised centre of excellence in film, TV and gaming.

With some 30 years in the business of licensing and animation production, Russell’s career started in Educational Publishing with E. J. Arnold, and later as a Publishers Packager with Mike Morris at Victoria House, Bath, where he worked closely with the Licensors for TMNT.

Launching his own properties in the late 90’s Russell’s ‘Little Monsters’ was a production for the BBC and broadcast in some 23 languages and with over 18 million books in print. His series Microscopic Milton launched on the Disney channel and CBeebies.

Russell returned to animation production in 2011 and established himself in licensing some 18 months later with some innovative concepts. KidsCast went into production as a working App in 2017 and was finally launched on both Apple and Android earlier in 2019. As a full service, interactive, entertainment, educational and music platform KidsCast was the company’s first move toward ‘direct to consumer’ and has been swiftly followed by a number of concepts not least of which is ‘Two Near the Bone’ – a pet food licensed by Roobarb and Custard which is also a digital product.

TLP now represents some much loved classic brands including Sooty and Sweep, The Magic Roundabout, Roobarb and Custard, Olabob Top, The Little Prince and Willo the Wisp.

Russell lives with his wife in a small village in North Yorkshire just outside of Leeds where he also owns the village gastropub! A wildlife activist, Russell is now heading a drive toward sustainability in Licensing.