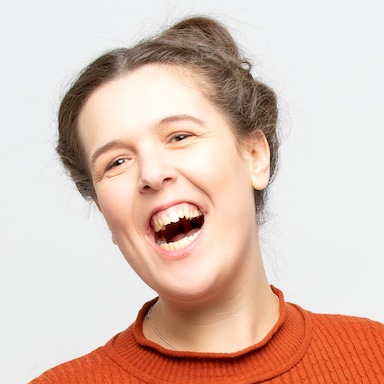 Rosie Jones is a comedian, actor and children’s author. She has starred on ‘Live at The Apollo’, ‘The Jonathan Ross Show’, ‘8 Out Of 10 Cats’, ‘The Last Leg’, ‘Rosie Jones Tries To Help’, ‘Live From The Comedy Store’, ‘Joe Lycett’s Got Your Back’ and ‘Mock The Week’. Rosie has completed sell-out runs at the Edinburgh Festival Fringe, presented for C4 and written for Netflix’s ‘Sex Education’. Rosie’s debut Children’s book, ‘The Amazing Edie Eckhart’, published by Hachette is out in August 21.

Disability is not a Character Type

Rosie Jones, comedian, actor, screenwriter and children’s author shares her experience of writing authentic disabled characters, what to do and tropes to look out for.