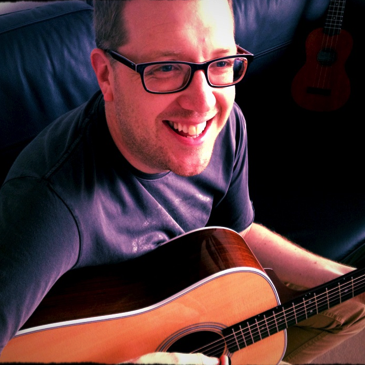 Richie is an award-winning composer, actor, writer and radio producer. He cut his comedy teeth on live kids telly, has an impressive list of TV and radio shows to his name, and is King of the funny song.

On TV
Composed all the songs for the BAFTA/British Comedy Award winner ‘Horrible Histories’ – also the subject of a BBC Prom at the Royal Albert Hall -as well as music for ‘Strange Hill High’, ‘All Over The Place’, ‘Fit’, ‘Gory Games’ and countless others for CBBC. Composed and scored ‘Trying Again’ for Sky and the ‘Goodness Gracious Me’ reunion special for 50 years of BBC2.
Composed songs for and scored ‘Baby Jake, Mr Bloom’s Nursery’ and ‘Jackanory’ for CBeebies.
Performed live comedy every Saturday morning for two solid years on ‘Live and Kicking’ for BBC1 and wrote songs for ‘Mitchell and Webb’, ‘Dead Ringers’ and ‘Armstrong and Miller’ for BBC2 and ‘Mongrels’ for BBC3.