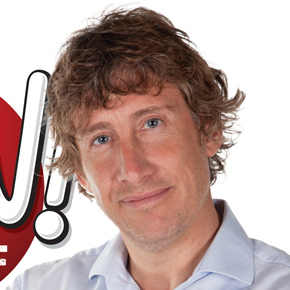 Richard has founded four start up businesses after setting up his first company at 25. A self made millionaire at 29, then nearly bust at 38. At 43 Richard featured as a millionaire businessman on Channel 4’s ‘Secret Millionaire’ TV series. Awarded HSBC bank’s number 1 Business Thinker at 45 and became a Virgin Fast Track 100 company for Wow! Stuff, a toy invention company which he co-founded and is CEO today. Wow! Stuff was named Hasbro’s Toy Inventor company of the year 2014 and created the hit blockbuster AI (Artificial Intelligence) race car system for Mattel, Hot Wheels AI. Alongside Richard’s business career he was a long time student and instructor of Karate, and is a husband, and a father of 4.

Established in 2006, Wow! Stuff is a British-headquartered toy inventor company that aims to innovate in gadgets and tech toys for tier one licensed brands. Established by entrepreneur and CEO Richard North and co-founders Kenny McAndrew and Dr. Graeme Taylor, the company sells its products through major retailers globally.

The Future of Toys

What will 2025 look like in the toy market? Our expert toy industry panellists will share their thoughts on play patterns, consumer behaviour, the role of new technology, global supply chains, retail, content and also how this affects kids’ publishing and media brands.