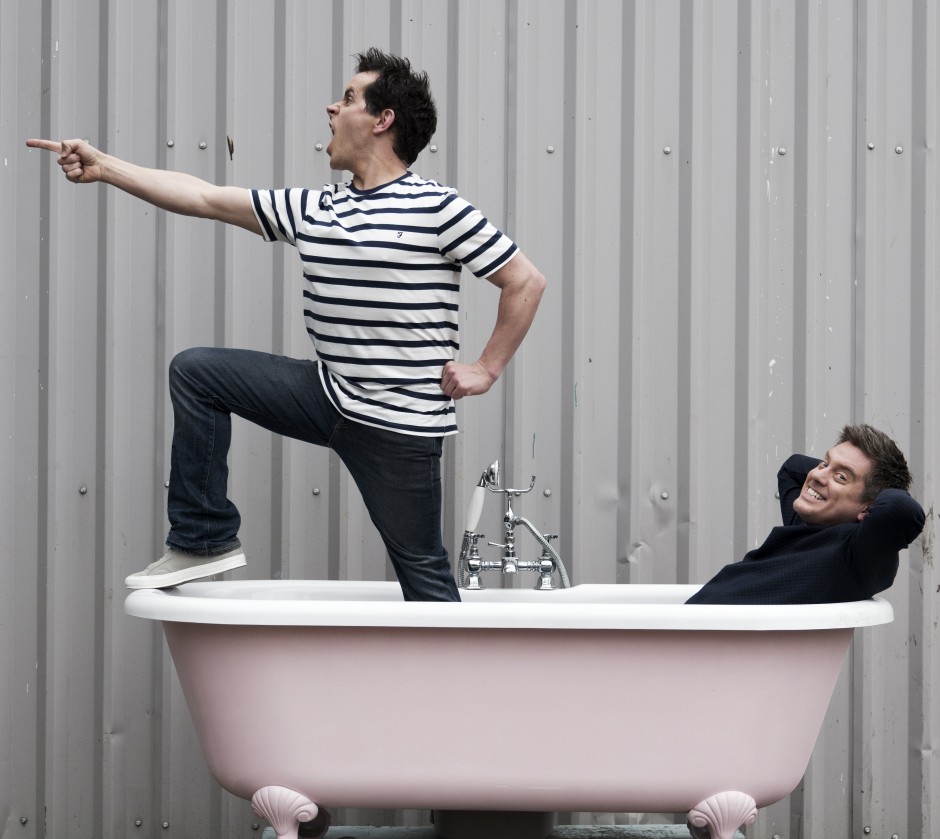 The duo have built a diverse portfolio of programming for over 20 years of being a double act across different genres including the double BAFTA-winning ‘Dick & Dom in Da Bungalow’, the BAFTA winning ‘Diddy Movies’, ‘Diddy TV’, ‘Splatalot’ and ‘The Legend of Dick and Dom’ and their science entertainment show ‘Absolute Genius’ which they won the BAFTA for Best Presenters. Other programming credits include ‘The Sunday Morning Show’ (BBC Radio 1), ‘Are You Smarter than a 10 Year Old’ (Sky 1). As well as TV, they star on stage and the big screen. In 2011 they received critical acclaim for their roles in feature film ‘Horrid Henry: The Movie’. They have headlined Butlins twice with an 80-date sellout tour and in 2013 they trod the boards to rave reviews in the West End starring as King Arthur and Patsy in Monty Python’s ‘Spamalot’. They also take their live show to various festivals including Camp Bestival, Big Feastival and Jimmy’s Harvest Festival. In 2015 they starred in the ‘World’s Biggest Panto, Cinderella’ alongside Paul O’ Grady and Bradley Walsh at the Barclaycard Arena. This year sees them take their ‘Dick & Dom Live!’ Tour to theatres all over the country. In the world of voice-over they play B1 and B2 in the animated classic ‘Bananas in Pyjamas’ and voiced characters in the movie ‘Asterix Mansion of the Gods’.