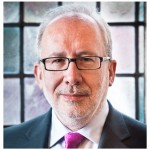 Reg has been involved in the Mothers’ Union campaign ‘Bye Buy Childhood’, concerning the commercialisation of children. From December 2010 he has led the government-sponsored Independent Review into the Commercialisation and Sexualisation of Childhood which made a series of recommendations in June 2011