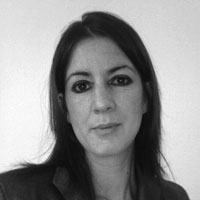 Rebecca works at Creative Skillset as a Film (and Animation) Partnership Manager. She manages the part of the Creative Skillset film skills fund that addresses Developing Creative Talent and Enhancing Business Skills (including distribution, exhibition and cross-media).

Prior to this, Rebecca was a freelance Producer and was the Wales Associate Producer for ‘Submarine’.  She worked at ITV Wales for 3 years, producing a series of short films from 19 emerging Directors that led to a BAFTA Cymru awards nomination and win.  She has four years of experience in Skillset Screen Academy Project Management (the London Film School and the Skillset Screen Academy Wales).

Rebecca is a EAVE 2009 graduate and studied Producing at the New York Film Academy, whilst working in the development department at Tribeca Productions.