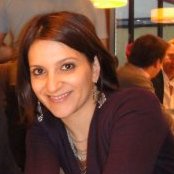 Ranja works closely with teams across the business to advise on content creation, communicating kids’ content to its audiences and informing on linear and non-linear scheduling as well as consumer products, which take both physical and digital form. She has 14 years’ experience in the kids’ media research sector, having worked across Europe, Middle East and Africa for most of her career. Ranja joined Turner in 2006 as a Research Executive during the launch of Cartoon Network in Germany and since then, has supported the launch of Turner linear kids’ channels in emerging markets, including Cartoon Network’s free-to-air channel in the Middle East.

Prior to Turner, Ranja worked in the research team at Viacom. She is fluent in English, German and Arabic.