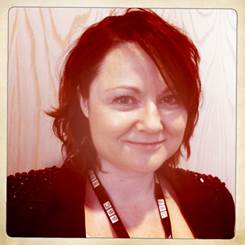 Rachel has been in the interactive world for 11 years, where she started out leading online community (pre Facebook) projects for TV brands. She joined children’s In the BBC 7 years ago and implemented a community strategy and team, set up development processes, exec’d ambitious branded games and led strategic change for cbbc and Cbeebies a number of times.   Her achievement in the last year has been to build a new team of skilled creatives to drive CBeebies interactively in the north, lead Cbeebies ambitiously to four screens, a successful re-build, implement a year round launch story using multiplatform commissions, events, small games and stories and grown-ups interaction on social media. In a big time of change for Cbeebies, this has been an immensely rewarding time.