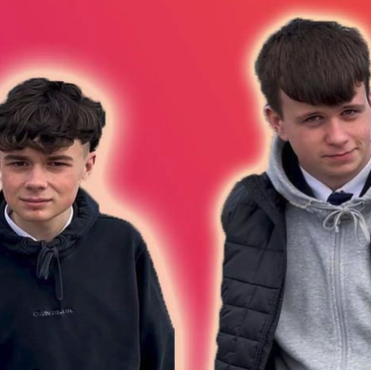 Ollie Ball and Jacob Pasquill both 16 started out reviewing food and drinks at their high school. The two friends from Bolton became viral sensations on TikTok. They seem to be busy with brands and celebrities since becoming viral on the app, with everyone from music producers to podcasters.

The boys say that they eventually want to get into TV to replace Ant and Dec, with Ollie saying that Jacob wants to get “onto Coronation Street every week”. Jacob is more than obsessed with Coronation Street, but you’d be forgiven for thinking this was an in-joke between them.

Their catchphrases are so popular they started selling a range of clothing items with various quotes, such as “It’s Ollie Ball here” hoodies and “I got commitment issues, I’m tryna fix that for you… It’s Ollie Ball here. Welcome to my store, full of a comfy range of organic products! Proper ding dang doo. Would defo scran it.”

Join us for a CMC - and national - exclusive!  The new Waterstones Children's Laureate - a “state secret” until July 4th - will be our Creative Keynote Speaker.

Join us for a CMC - and national - exclusive!  The new Waterstones Children's Laureate - a “state secret” until July 4th - will be our Creative Keynote Speaker.