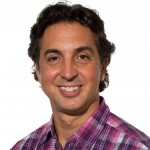 Hoho Entertainment was co-founded in Jan 2011 by Oliver Ellis & Helen Howells to develop, finance and produce children’s properties, designed to be seen and experienced on all media platforms.

Oliver will be a speaker in The Co-pro Clinic Workshop

Experts from distribution, licensing, business affairs & legal reveal insights into structuring funding for projects, negotiating rights, exploring different territories, and maintaining editorial and creative integrity across the varying demands of a range of partners and territories. Workshop Report Presentations from some of the experts are available to download: Owen…