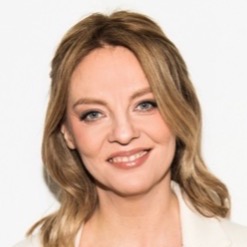 Originally a writer and presenter for radio and TV, and then a commercials producer, Olga launched the creative production company Glowberry in 2010, creating kids’ 360° content for audiences worldwide. Their most popular project Brave Bunnies has been a top-10 show in the UK, Ukraine, Israel, Italy and presented in more than 80 territories. Partners include Aardman, DeAgostini, and Anima. In early 2022 Ladybird launched storybooks in English, and Spin Master launched a toy collection in Germany and Italy.

Olga Cherepanova on creating hit Ukrainian preschool series ‘Brave Bunnies’, from the initial book idea, to re-developing it into an on-screen reality.