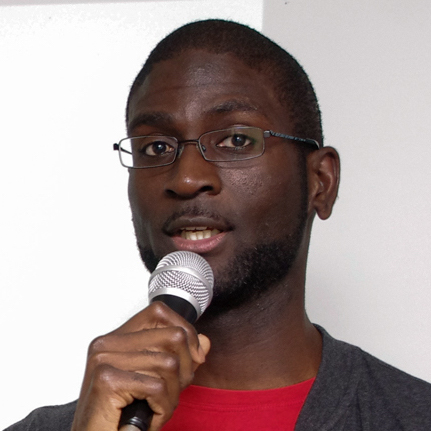 Nigel Twumasi is a former software engineer turned creative entrepreneur. He is the co-founder of mayamada, a manga brand set within a universe of original characters and stories. Nigel has built up a brand that reaches across comics, video games and youth engagement and in 2019 was recognised as a member of the nationwide 56 Black Men campaign.

Nigel delivers creative comic story workshops in schools, colleges and youth hubs through mayamada’s programme The StoryBoard. With fun and engaging use of storytelling, they work to unlock the imagination and creative potential in young people.

In addition to its manga universe, the brand also operates an industry recognised social gaming event called GamePad. Since 2015 their team have been promoting community and inclusion through video games. The event also provides a platform for young people from under-represented groups to gain experience in video games with their online and physical events.

Nigel Twumasi presents the video in the CMC 2021 Inclusivity Now strand which considers the power of Manga to advance diversity and inclusion. Manga is a medium that is so often misunderstood, even as it fills the shelves of enthusiastic readers across the country. The Japanese form of comic storytelling…

Leadership in 2021 and Beyond: Navigating the New Landscape

Industry leaders discuss their working practice during the pandemic, how companies changed and how they will continue post Covid.

Often misunderstood, Manga is a medium bursting with convention-breaking characters and diverse storylines. Hear mayamada co-founder Nigel Twumasi talk about his journey with manga and why it resonates with young people eager for inclusive content that relates to their lives.