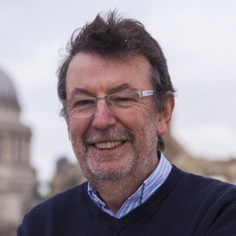 Nigel has worked in Children’s programming for most of his career, in production and as a broadcaster and was Controller of CiTV and then BBC Children’s overseeing the creation and launch of CBeebies and CBBC.

In 2002  he became ITV’s Director of Programmes, where he was responsible for the scheduling and commissioning of the entire ITV output.

In 2006 he joined RDF/Zodiak and was responsible for shows such as ‘Waybuloo’, ‘Zack and Quack’, ‘Escape from Scorpion Island’, ‘Dani’s House’, ‘Mr Maker’ and the ‘Floogals’.

Nigel is currently President of TRX – a trading platform for TV Rights – and a Director of Nevision.