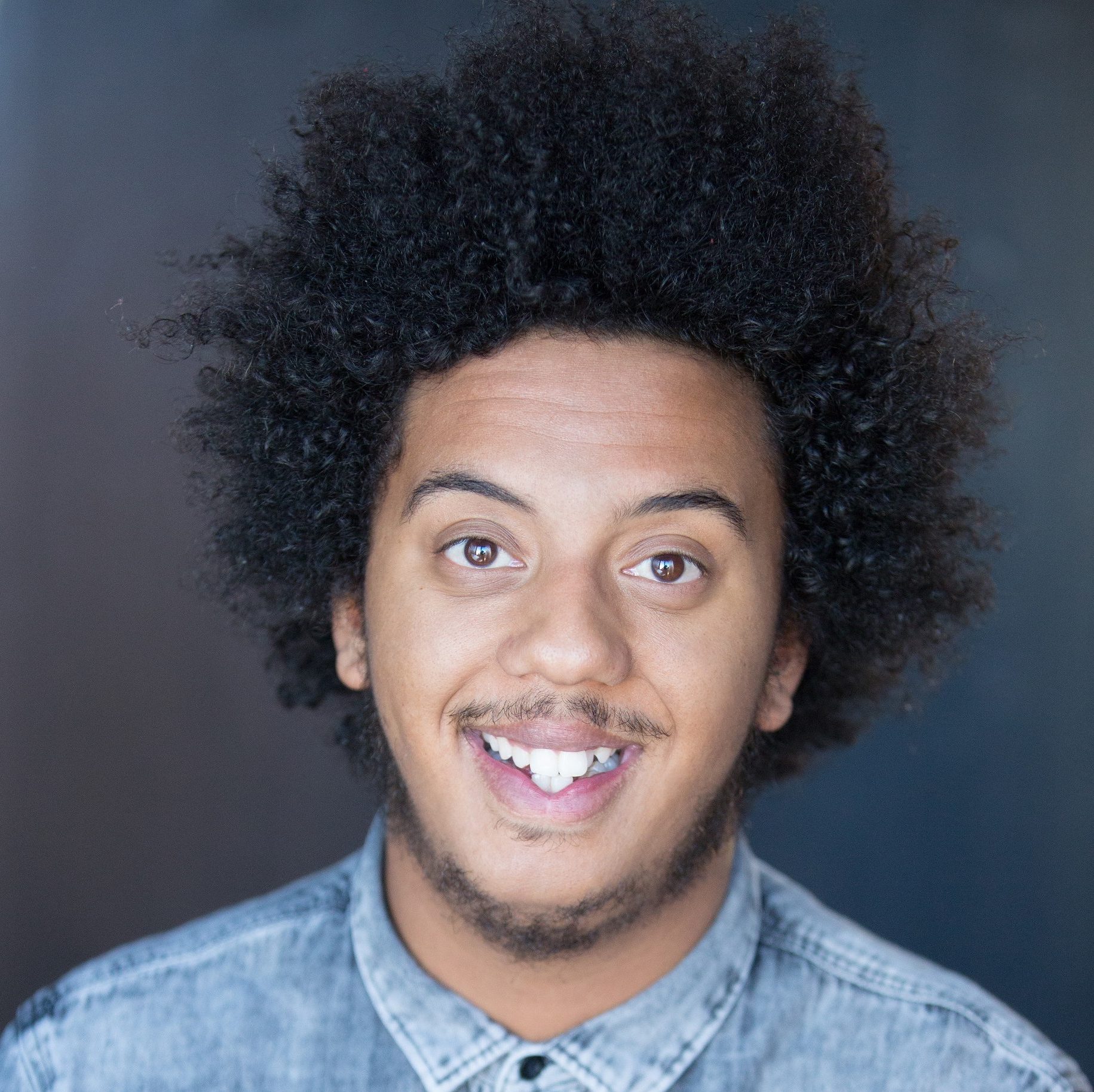 Nathan Bryon is a writer and actor, who grew up eating as much Uxbridge Road Caribbean food as his bank balance would allow. He is best known to viewers for his role as regular character Jamie is Some Girls and Benidorm’s sunniest holiday maker, Joey Ellis.

Nathan’s one-man show ‘MIXED BRAIN’ a show about his mixed heritage premiered at the Roundabout at the Edinburgh Fringe Festival. Nathan’s latest play Dexter and Winter detective Agency toured in the Paines Plough Roundabout for 6 months and has been published by Nick Hern Books.

Nathan has a 3 picture book deal with Penguin Random House. His first book Look Up! (June 2019) was the number 1 picture book from a debut author and illustrator in 2019, on the Sunday Times Bestseller list and won the overall Waterstones Children’s book prize in 2020. Clean UP! The follow up was published in July 2020. Illuminated has just optioned the book to develop into a TV series.

One of Nathan’s passions is creating his own work about his black British experience. He created ‘REALITY’, a comedic social commentary ethnology series, which has had two solo premiers at the BFI in NFT1. ‘Reality’ has also screened and won various awards around the world at film festivals. Nathan is currently writing series 3.0.