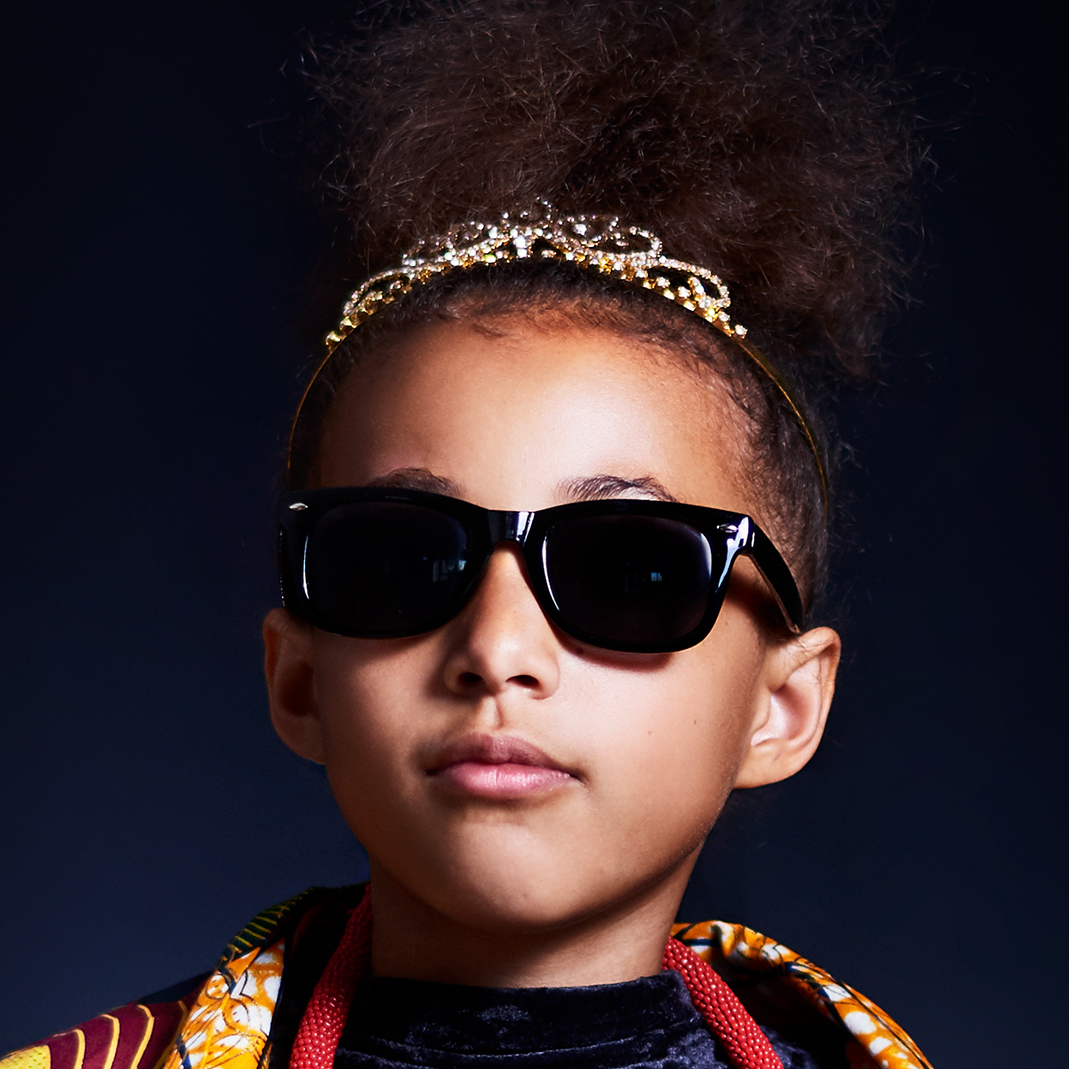 Nandi Bushell is a multi talented ten year old girl who is proud of her mixed Zulu – British heritage. Born in South Africa, raised in Britain. Nandi started to play the drums from the age of five years old after a trip to a toy shop where she chose a toy kit as a reward for a mathematics certificate.

Nandi has captured the imagination of many well known musicians who all love her drive, commitment, enthusiasm and skill. Over the past year Nandi has jammed with Lenny Kravitz at the O2 arena in London, appeared on the Ellen show, performed with David Bowie’s band at Shepherds Bush Empire, been interviewed with Dua Lipa and much, much more.

Recently Nandi wanted to use her platform to raise awareness about racism and the ‘Black Lives Matter’ movement. Nandi created a video in which she played drums, bass and guitar to a ‘Rage Against the Machine’ song. Her video was retweeted by Tom Morello a member of the band and one of the greatest living guitarists, her video became global news. Nandi is proud to use her platform and reach for good and hopes to help change the world, making it more equal, fair and safe for all.

10 year old Zulu-Brit drummer Nandi Bushell talks to us about how and why she's making music in these unprecedented times (when she’s not jamming with the likes of Lenny Kravitz!).