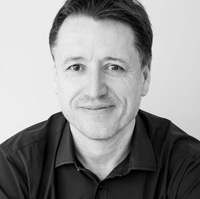 Over 30 years, Mikael has established an international reputation for identifying, developing and producing a wide range of hit film and television projects including ‘Wallace & Gromit’, ‘Pingu’, ‘Hilltop Hospital’, ‘Flatworld’ and ‘Rex The Runt’. Having led creative teams in senior roles at the BBC, EVA Entertainment, Pearson Television, Atom Films and Ealing Studios, Mikael now leads the team at Acamar Films, creating the multi-award winning ‘Bing’ for the BBC which celebrates the realities of life for young children.