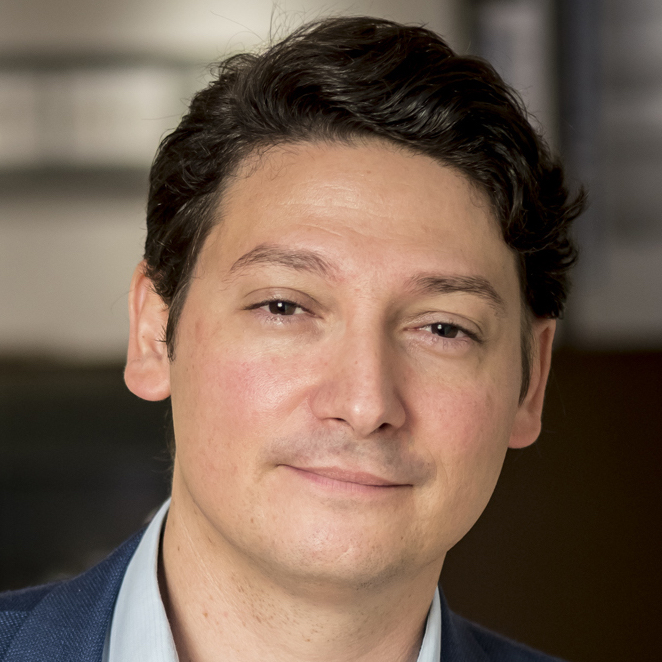 Mickaël Marin was born in Lyon in 1976. With his baccalaureate in hand he preempted the national service by joining the gendarmerie, after that he enrolled as a student at the University of Savoie (IAE Savoie Mont-Blanc) and later, in Annecy, he acquired a Post-graduate diploma in Trade and Sales.

Mickaël began his career in 2001, as an apprentice at the International Centre for Animation Film – where he reunited with one of his teachers, Dominique Puthod, Chairman of the CICA –, before assisting the Head of the Annecy International Animation Film Market (Mifa) from 2002 until 2004. His professional debut is more rewarding because Mifa, created in 1985, is going through a critical period.

In 2005, Mickaël Marin became Sales Manager within the associational structure and handled Mifa’s commercial development. Four years later, full responsibility of this Market is placed in his hands. In consultation with CITIA’s senior management (in 2006, the association became a Public Institution for Cultural Co-operation – EPCC – subsequently known by this name), his primary function was to ensure Mifa’s strategy and its influence both at national and international levels, as well as managing its operational structure. Since then, the Market has experienced uninterrupted growth. In 2011, Mickaël was appointed Head of Economic Development and Mifa: in addition to his functions within the Market, he assisted CITIA’s Director, Patrick Eveno, in developing the Image and Creative Industries sector in Haute-Savoie.

In 2015, while retaining his position as Head of Economic Development & Mifa, Mickaël Marin became Managing Director of CITIA, thus contributing to the strategic governance of the public establishment alongside the President, Dominique Puthod and Director, Patrick Eveno. When the latter retired in June 2018, Mickaël became his successor, drawing on his exemplary career within the structure and his transversal vision concerning initiatives and challenges, from the EPCC’s three axes of development; culture, economy and training.

Mickaël Marin strives to highlight and drive forward societal commitments such as parity, accessibility and eco-responsibility. He is applying his establishment scheme on a territorial scale, in order to benefit the local public, for example by launching the Hivernal Festival in 2019. Likewise, he is applying this to a worldwide scale, even in the midst of the Covid-19 crisis, by creating the Annecy Online Festival and Market to offset the cancellation of the physical event; but also, by setting up a 2021 artists’ residency. As part of the renovation of the Annecy Haras, he shares the ambition to make the “Venice of the Alps” the world’s capital of animation films.