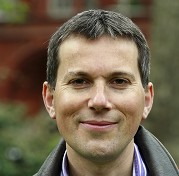 The company creates high quality films and products and has built the wonderful Gruffalo brand based on the best selling books by Julia Donaldson and Axel Scheffler.   The company directly manages production, licensing, global distribution and marketing. Its Oscar nominated and BAFTA winning animated films, ‘The Gruffalo’, ‘Gruffalo’s Child’ and ‘Room on the Broom’, have sold to over 80 broadcasters worldwide. It runs an international merchandising programme with over 40 licensees and 250 products.

Beyond the Book – Extending Brands

Taking a successful publishing brand into different media is not without challenge. Which route to choose?  What’s the impact of exposure on TV, on the web or at retail?  What are the best forms of relationship for publishers to maximise creative and business goals? Producers and brand managers discuss their…