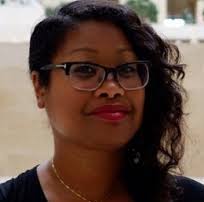 Melanie is Industry Inclusion Executive at the BFI, deputising for the Head of Inclusion to advocate for equity and access in the industry.   She joined the BFI in 2016 as a researcher, working on a project to acquire diversity data about gender and ethnicity for the BFI Filmography, telling stories about UK film history using data from the archive. She continues to use data and research in order to monitor and inform improved policy and practice at the BFI and the UK film industry in general.

She has a background in academic research, having completed a BA in Film and Literature at the University of Warwick and an MA in the History of Film and Visual Media at Birkbeck College, University of London. Before joining the BFI she taught undergraduates in Film, Media and Cultural Studies at the University of Sussex, as well as working in Library Services at UCL.