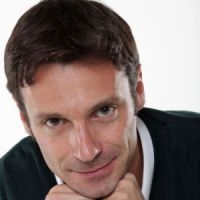 Massimo Bruno is Head of TV Channels at De Agostini Editore, where he runs DeAKids, DeAJunior and DeASapere (on air on Sky satellite TV platform) and Super!, a DTT  TV channel free to air on Italian television.
DeAKids is a channel dedicated to kids and family targets rich of new tv productions and acquisitions following the concept of “Idotainment” where kids can always doing things having fun. DeAJunior is a TV channel focused on preschool tv shows while DeASapere is a new channel, launched on September 2012, focused on knowledge and useful learning: this TV channel is the first in Italy, rich of Italian popular hosts and special guests and high quality documentaries coming from the best international TV broadcasters in the world such as BBC and Zodiack Active.
Super! Is a DTT channel where the main targets are kids and tweens from age 8-14 and families.  In this channel there are the most popular TV kids animated shows (such as ‘Spongebob’, ‘The Fairly OddParents’, ‘Dora The Explorer’, ‘Angelina Ballerina’) and brand new TV productions based on pure entertainment for kids. Massimo started his professional career as a journalist and television writer for Italian TV networks such as RAI and Mediaset.
He has worked in kids’ entertainment for the last 10 years, first as an executive producer for Disney just after the launch of the Disney Channel in Italy. Later on, he was part of the team that rolled out Nickelodeon Italy, serving first as Channel Director and then as Head of Editorial for all of Nickelodeon’s Southern European channels.