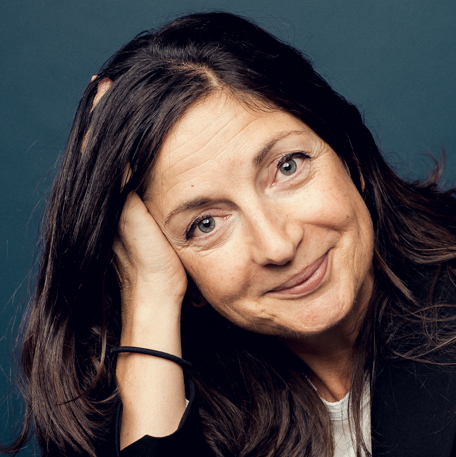 Maddy Darrall founded kids and family indie Darrall Macqueen with long term colleague Billy Macqueen in 2000; their current release is Lovely Little Farm, a serialised family drama for Apple TV+ Originals. Starting her broadcasting career as a news journalist before moving into children’s entertainment, Maddy spent a 5-year period at Walt Disney TV International, where she was Director of Programmes, working alongside Billy. They left to launch Darrall Macqueen together in January 2000. Over the next ten years, Darrall Macqueen focussed on teen entertainment plus drama and comedy for 6-12’s on ITV and CBBC.   In 2010, they expanded into pre-school, producing award winning mixed-media fantasy Baby Jake for CBeebies, which won a British Animation Award in in 2014 and a Broadcast Award in 2016. She and Billy then spotted a gap in the pre-school market for serialised scripted drama for under-8’s. This led them to make 3 seasons of Topsy and Tim for CBeebies, winning a BAFTA in 2016. Next Maddy headed the creative refresh of Teletubbies for CBeebies/global broadcasters and co-devised and Exec Produced serialised comedy-drama, Waffle the Wonder Dog. Maddy worked on transposing serialised story telling from live action into the animation genre whilst co-devising Chip and Potato for Netflix. Season 4 of Chip and Potato launched on Netflix in Spring 2022.  Working with the creatives at Apple TV+ on Lovely Little Farm has given Maddy and the team a chance to take serialised drama for under-8’s and family to a whole new level, combining imaginative story-telling and new, young acting talent, with the magic and discipline of animatronics and Visual Effects, collaborating with ILM (Industrial Light and Magic) to bring a world of talking animals on a real farm setting to life.