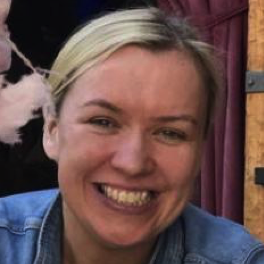 Lena Byrne is a television producer working with TV writers for over 20 years. She started out as a script editor on the national broadcaster’s soap opera Fair City, before joining JAM Media as Head of the Scripting, where she led the writing team on all productions including Roy, Little Roy and Zogcasts for CBBC. She was also Script Producer on Becca’s Bunch for Nickelodeon and Supervising Script Producer on Jessy and Nessy for Amazon Studios. In 2020, Lena joined forces with Chris Dicker and John Reynolds to set up Sow Yow Entertainment – a creatively led production company that acts as an original ideas incubator, specialising in Children’s and Family content. There is a real emphasis on the ‘You’ in their name and they look to celebrate creativity and authenticity. Sow You is a place where both ideas and talent come to grow and is a hub for creators to do what they do best – create!

Erin and Faye highlight the importance of the role that representation has on children who are growing up watching television and the effects that has on their identity politics.