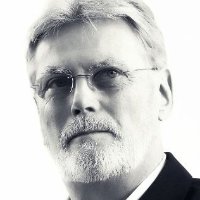 Ken has worked in 3D environment for over 40 years, starting his career in Manchester before moving to Australia where he was a freelance 3D illustrator. He was subsequently recruited by the Sherwood Group, a manufacturer of innovative leisure and new technology products, where he introduced a full 3D CAD-CAM digital facility that led to many innovative 3D design solutions including an Australian Design Award and a Japanese G-Mark Design Award.

During this time Ken qualified as a professional instructor for Alias|Wavefront and was a Visiting Lecturer in Computer Graphics at Curtin University of Technology, Western Australia. He was also a full practicing Member of the Design Institute of Australia and an advisor to West Australian Government for Design and Technology curriculum in schools and colleges.

In April 2002 Ken started Design Academy Ltd, and built up the Alias|Wavefront academic program in the UK then collaborating with EON Reality to introduce interactive ‘virtual reality’ learning centres at several UK universities and colleges. Formally joining EON Reality Ltd (UK) in October 2012, as Managing Director of their European HQ, he has grown the business to 40 people in just over one year, with a target of around 240 VR developers creating interactive 3D content over 5 years.