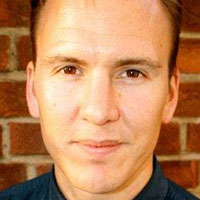 Karl is the new controller of E4, C4’s digital channel aimed at 16-34s. Prior to E4, Karl ran his own production company, Electric Ray, for nearly 5 years. A partnership with Sony Pictures Entertainment, it made shows for all the major broadcasters in the UK and abroad from The Class of 92 to Million Pound Menu. Earlier in his career, Karl worked at the BBC for 6 years as a commissioning editor for BBC1 and BBC3, commissioning shows from ‘Michael McIntyre’s Comedy Roadshow’ and ‘Junior Doctors’ to ‘Russell Howard’s Good News’ and ‘Young Dumb, Living off Mum’.