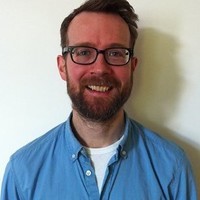 Emerging from the wilds of Northumberland to study illustration and nightclubs in Liverpool, Jonny worked as freelance illustrator in the last millennium, followed by a stint as concept artist for a couple of dotcom startups, before founding Finger Industries with Marcus Kenyon in 2002.  The early years were spent in tiny offices drawing robots in Flash. Since then he’s storyboarded, designed and art-directed for children’s TV, advertising, award-winning illustration and 3d ad campaigns plus about a million short animations on subjects from the lower intestine to imaginary giants. Usual habitat – underwater or up a tree, in partial shade. Feed regularly.

A warm welcome to CMC with old and new faces mingling for lunch. Grab a bite and grab some helpful personal advice on the conference!