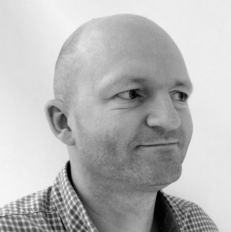 Jon was raised in Wakefield, West Yorkshire and after earning a degree in Classical Civilization, studied animation at Bournemouth NCCA. He co-founded the animation studio Kilogramme in 2005, having previously worked for five years at Cosgrove Hall films.

In the past he has provided content for CBBC, Cbeebies, CITV, Kaspersky Lab, the V&A, TBWA and McCann Erickson, while writing and directing his own shorts in his spare time. Tall Tales part 3 is part of a series began in 2012, to tackle a backlog of his short story ideas.