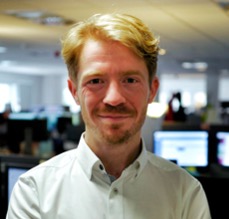 Jon began his career in computer games before moving to filmmaking. From there he began to work in animation and is now Managing Director of Cloth Cat Animation (Series Animation) and Thud Media (Games and Interactive). Their work can be seen on channels worldwide, including the Emmy nominated ‘Luo Bao Bei’, ‘Shane the Chef’, ‘The Rubbish World of Dave Spud’, ‘Olobob Top’, ‘Ethel & Ernest’, ‘Boj’, ‘Grandpa in my Pocket’ and Disney’s ‘Tales of Friendship with Winnie the Pooh’.

Innovative capture and animation technologies are playing a growing role in animation production.  Blue Zoo Animation are using Unreal Engine in experimental and production roles, and Cloth Cat piloted the use of Blender and Unreal as a series tool which is now in use.