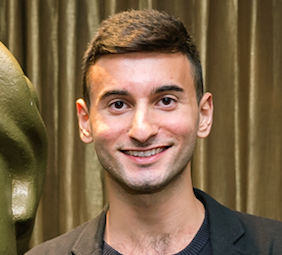 Javid Rezai is a British-Iranian-Italian screenwriter. In 2017, he won the BAFTA Rocliffe New Writing Prize for his children’s adventure series ‘Shallows’. In 2016, he made short British drama, ‘Another Life’, which premiered at the Festival Internacional de Cine de Madrid. His 2017 short, the Iranian-British coming-of-age ‘Pegah’ was screened at the prestigious 65th annual Columbus International Film & Video Festival. He studied Media & Communications at Goldsmiths College, University of London.