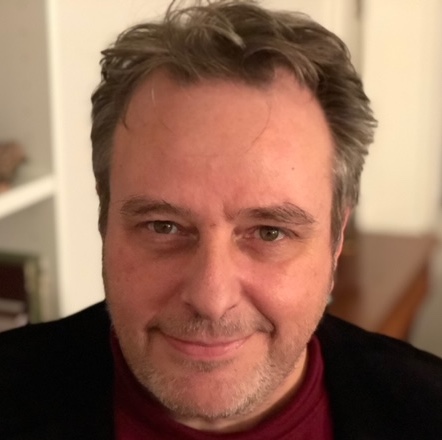 Japhet is the director of Polarity Reversal Ltd, where he creates IP for a variety of platforms. He also consults with publishing, digital and other media companies to develop ideas, strategies and products.

Japhet started out as a writer and documentary maker, then went on to become a partner in the ground breaking animation studio Colossal Pictures, culminating in the TV series Japhet created for MTV and the BBC, ‘Liquid Television’.

After 25 years working in the United States, primarily as a television writer/producer and interactive content maker, Japhet returned to the UK and joined the BBC as an executive producer overseeing Children’s development. He was subsequently in charge of digital content for CBBC, where he developed the channel’s mobile and app strategy as well as establishing YouTube channels for CBBC and CBeebies.

Japhet is also known as a pioneer in augmented reality powered storytelling, combining digital and print to create immersive experiences. His AR powered novel, the Ghostkeeper’s Journal and Field Guide, was 2018’s Futurebook Book of the Year and is now for sale in 12 countries and 9 languages. He has also developed AR book and app experiences for Star Wars, Frozen, Alien, and Jurassic World, and a variety of non fiction titles for kids and their families.

Join the Great British Public Service Debate as our panelists put forward their ideas for the future of PSM for kids. How should we move forward? It’s time for you to have YOUR say!