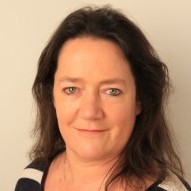 Jane has vast experience in the world of charity and moving image, and her past roles include Head of Programmes and Innovation at the charity TimeBank, in the Extended Schools Service in London and leading Toynbee Hall’s Education Programme. Jane also has ten years’ experience in her previous career as a BBC Director/Producer for CBBC and BBC Education. The latter experience has been useful in the co-development (Into Film, director Julian Kemp and actor Michael Sheen) of the format and road to commissioning of recently screened CBBC show Cinemaniacs, which was developed further and produced by independent Novel Entertainment.

As creativity is increasingly squeezed out of formal education how can children’s media inspire and enable children to express themselves and learn through making and sharing? Kids are claiming back their education.  They’re nurturing their own passions, finding their own spaces, making their own choices, publishing for themselves and looking…