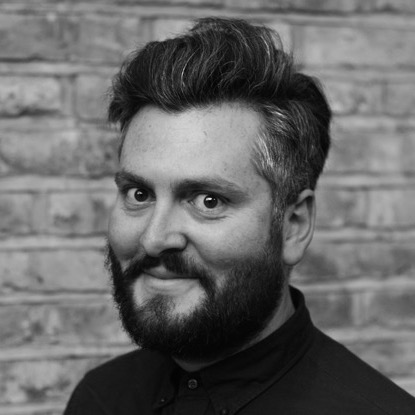 James is the Executive Producer of Blinkink and founder of Blink Industries, Blink Productions’ development and entertainment division.
He produces commercials, music videos, shorts films and, most recently, TV shows.
James started working as an editor before moving into advertising, first as a creative producer in ad agencies then as a live action producer in production companies.
Over the years Blinkink has developed a unique style of film making, existing in the world where animation and technique-driven live action meet. James represents some of the world’s most visually inventive filmmakers and is always nurturing fresh young talent alongside his well-established directors.
James’ productions include the multi-Cannes Lion winning ‘The Bear and The Hare’ John Lewis Christmas commercial, as well as British Animation Award and Edinburgh Film Festival McLaren award winning ‘Marilyn Miller’ and youtube sensation ‘Don’t Hug Me I’m Scared’.
Blink Industries’ first outing was a series of short-form puppet films for Cartoon Network that were nominated for a BAFTA. They’re now developing three pilots and have a slate of projects in international development. James is also producing a live action documentary, and working toward a theatrical release for his first feature project.