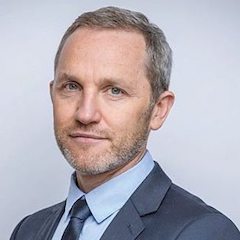 James first joined the BBC in the 1990s as Head of Corporate Planning, before leaving to become a special adviser to Tony Blair and then an MP, Secretary of State for Culture and then for Work and Pensions.

After leaving Parliament in 2010, he worked as a Senior Producer at independent production company Rare Day and an adviser to the Boston Consulting Group, before returning to the BBC in 2013 as Director of Strategy and Digital, where he was responsible for developing the BBC’s strategy in the run up to Charter Review.

Opening Keynote: In Conversation with James Purnell and Alice Webb

The key strategists for children's content at the BBC, the UK’s leading commissioner, look ahead to the next ten years.