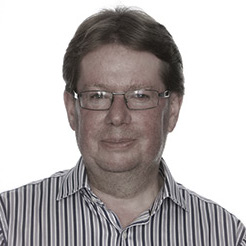 Huw Walters has more than 20 years experience of TV business affairs, programme finance and rights exploitation with a particular focus on international co-production. Prior to joining Industry, he was Commercial Director of multi BAFTA winning animation producer Calon and, before that, he was Director of International Business and Head of Co-Productions at Welsh broadcaster S4C. Huw has recent experience of negotiating deals with all the major UK broadcasters and with key international broadcasters including ZDF, France Television and ABC Australia. He has brokered co-production deals in every major territory and led a team distributing programmes to over 100 countries around the world. He was also directly responsible for negotiating and completing co-production deals with high profile international partners including Discovery US, HBO, CBC, AETN, France Television, ZDF and ABC. As a result, Huw has a thorough understanding of tv business affairs contracts, co-production treaties, talent union arrangements and agreements relating to ancillary exploitation such as books, merchandising and DVDs.

The lowdown on all the tax breaks - animation, games and theatre, with special emphasis on the new live action children's television tax incentive.