Department of Culture, Media and Sport 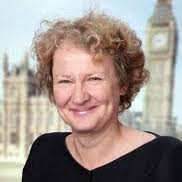 Helen has been the MP for Bishop Auckland since 2005  She became Shadow Minister of State for Culture, Media and Sport in October 2011 and leads on (amongst other responsibilities) Media, including: the Leveson Inquiry and legislation to follow ; media competition and regulation;  The BBC and the licence fee;  Telecoms and Broadband ; The Digital television switchover; and she added The Creative industries to her brief in October 2013.