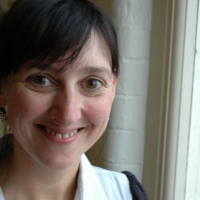 Helen is Director of British Animation Awards, with extensive experience in the animation industry as a BAFTA-winning producer of short films, television series, festivals and events. She has worked with some of the most creative talent in the UK including Aardman, Joanna Quinn, Arthur Cox and Brothers McLeod, and as an executive producer has worked with CBBC, Disney UK and CITV.

Helen has a passion for nurturing talent and since 2014 has been an associate for Creative Skillset working across the animation, VFX and games sectors. She is also a visiting tutor and advisor for several universities, a member of festival advisory boards, events producer and the co-founded Show Me The Animation and director of Animation Associates.