Head of Kids and Learning 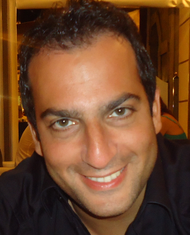 Based in London, Gregory Dray is YouTube’s Head of Kids and Learning in Europe, the Middle East and Africa (EMEA), running business development efforts in these content areas for the platform in the region. Greg joined Google/YouTube in January 2012 as Head of Original Programming in EMEA, before launching the News and Kids/Learning content verticals for YouTube in the region. Prior to joining YouTube, Greg was in charge of international digital media for Lagardere Active, the media division of Lagardere Group. Previously, he was VP of Global Marketing for Dailymotion, a leading video platform, and worked for 8 years at Time Warner, principally for the Turner Broadcasting and Time Inc. divisions in sales and business development roles in New York, Paris and London. Greg obtained an MA in International Affairs from Sciences Po Paris and an MS in Business Administration from the Ecole Superieure de Commerce de Paris (ESCP). He also studied at the Stanford University Graduate School of Business in California.