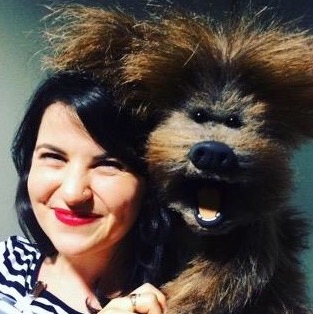 Gabrielle Smith is a final-year Ph.D candidate at Northumbria University, Newcastle and is a film and television studies graduate from the universities of Aberdeen and Glasgow. Her current research explores the role of the British children’s television presenter. As well as children’s television presenters, she loves TV puppets and, of course, owns her own Edd the Duck. This will be Gaby’s third year returning to the Children’s Media Conference working, writing and blogging team for the CMC. @GabySmithTV

Takeaway: Enjoyable and recognisable brands are usually those that are also trusted by parents. It is important to constantly strive for new ways to make audiences laugh and do appropriate market research to find out what children today want. Brands that stand the test of time are ones that can…

Changemaker and activist Heather Lacey delivered a poignant introduction to today’s session on accessibility and what it means to campaign for inclusivity within professional media industries. Through highlighting some of her own experience, Heather reinforces the key message that in ‘seeing a representation of yourself- your true self is so…

Changemaker and award-winning performance poet Jay Hulme introduced tonight's Creative Keynote with an honest and inspirational plea for breadth of inclusivity, understanding and empathy for all. Jay’s performed poetry came from personal experiences of what it is like to grow up transgender, and how different an experience that might have…