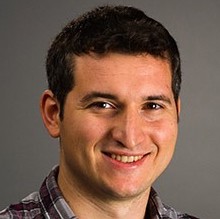 Prior to joining the Beano, Edward worked in a wide range of digital and television development roles with companies such as Endemol UK, Hat Trick Productions, Renegade Pictures, The Connected Set and Barcroft Media. In these roles he helped create numerous television productions for all the major UK broadcasters as well as develop digital properties ranging from children’s eBooks to mobile apps and video games to the Broadcast Award nominated comedy YouTube Channel ‘Bad Teeth’.

Failure: The Secret Ingredient Of Success, 2:10 Thursday 5 July - Showroom Cinema 3 Netflix was once struggling so much that a buy-out by Blockbuster seemed like the best option. Now it is reported to be worth more than Disney. Love Island was axed in 2006, 9 years later it came…